Schizophrenia is a serious mental illness that affects 2.4 million American adults over the age of 18. Although it affects men and women with equal frequency, schizophrenia most often appears in men in their late teens or early twenties, while it appears in women in their late twenties or early thirties. Finding the causes for schizophrenia proves to be difficult as the cause and course of the illness is unique for each person.

Interfering with a person’s ability to think clearly, manage emotions, make decisions and relate to others, schizophrenia impairs a person’s ability to function to their potential when it is not treated. Unfortunately, no single, simple course of treatment exists. Research has linked schizophrenia to a multitude of possible causes, including aspects of brain chemistry and structure, as well as environmental causes.

Psychosis (psyche = mind, osis = illness) is defined as the experience of loss of contact with reality and usually involves hallucinations and delusions. Psychosis is a common symptom of schizophrenia. Learn more about psychosis, including first episodes, to gain more insight into this condition, including early intervention options.

Discovering the Truth about Schizophrenia

Because the illness may cause unusual, inappropriate and sometimes unpredictable and disorganized behavior, people who are not effectively treated are often shunned and the targets of social prejudice. The apparent erratic behavior is often caused by the delusions and hallucinations that are symptoms of schizophrenia. Along with medication, psychosocial rehabilitation and other community-based support can help those with schizophrenia go on to lead meaningful and satisfying lives. A lack of appropriate services devoted to individuals living with schizophrenia has left many improperly placed in jails and prisons without the help they need.

Schizophrenia is often mischaracterized as an untreatable disease associated with violent behavior and many untrue and unfortunate stereotypes have developed. Most individuals living with schizophrenia are not violent; risk of violence is associated primarily with factors such as psychotic symptoms or substance abuse. Even then, violent behavior is generally uncommon and the overall contribution of schizophrenia to violence in a community is small. When engaging in treatment, schizophrenia is a manageable disease. The varying nature of each case though means that recovery for every individual is different.

Like any other illness, schizophrenia can often have a profoundly negative effect on a person’s life, on their families and on their communities if not addressed. Suicide is a serious risk for those with schizophrenia, occurring at a much higher rate than the general population. However, the risk of suicide can be greatly reduced through the use of medication.

Getting an individual to take medication for his or her illness is difficult, especially when the person does not believe they are sick. Studies have shown that the majority of those living with schizophrenia do not believe themselves to be ill. This lack of awareness, or insight, is known as Anosognosia.

The rest of this section will explain the symptoms, discuss treatment options and explore the latest in schizophrenia research. You will also find information on where you can turn for medical care and the support needed to manage this persistent illness. 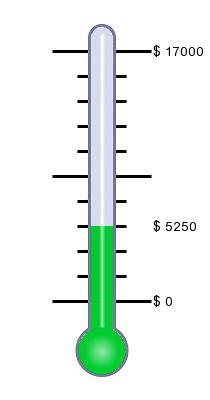